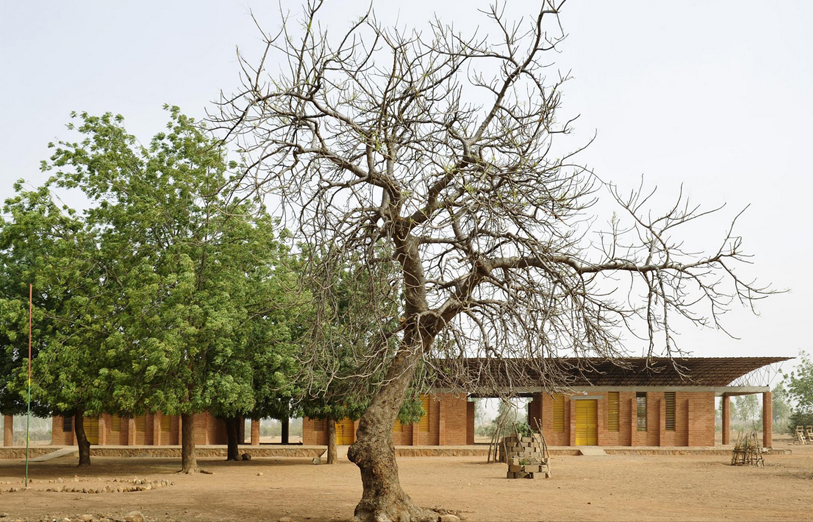 Profil
“A structure of grace, warmth and sophistication, in sympathy with the local climate and culture. The practical and the poetic are fused. [It] inspires pride and instills hope in its community, laying the foundations for the advancement of a people.”
(Philippa Baker, The Aga Khan Award for Architecture 2004)

Burkina Faso is amongst the poorest countries in the world. With an illiteracy rate of over 80 % the majority of its people have no alternatives to agriculture as a living.

The village Gando - 3000 inhabitants - is situated 200 km from Burkina Faso’s capital Ouagadougou. Born here as the son of the headman, Mr. Kéré was the first to study abroad. He reinvested his knowledge as an architect into the urgently needed construction of a new school in his home village.

Guided by principles of sustainable development, Mr. Kéré stressed the importance of the use of clay as one of the main building materials.  Clay has become known as “the material of the poor.” It is cheap and readily available, but used in traditional building methods it is unstable and performed poorly compared to more expensive, imported materials. The Gando School project taught the local people how to refine clay and local materials, and how different construction techniques could further improve the performance.

Groundbreaking of the "Festspielhaus Afrika"
www.festspielhaus-afrika.com/

Groundbreaking of the "Festspielhaus Afrika"
8th of february 2010, in Laongo, Burkina Faso

Guest Lecture Aalto University School of Science and Technology Department of Architecture, Helsinki
2nd of february 2010, 3:15 pm in Auditorium A2

Summer workshop at the School of Architecture in Venice
29th of June - 21st of July 2009, Venice, Italy

Lecture: “Step by Step, building schools in Africa”
www.arch.columbia.edu/events
3rd of February 2009 at GSAPP, Columbia University, USA
Organized in collaboration with Andres Lepik, Curator, MoMA, and the Goethe-Institut New York (www.goethe.de/newyork ) for the lecture series “What is Green Architecture?”

Building in the south
Lecture
Faculty of Architecture, University of Stuttgart, Germany 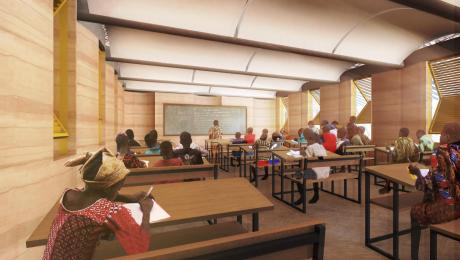 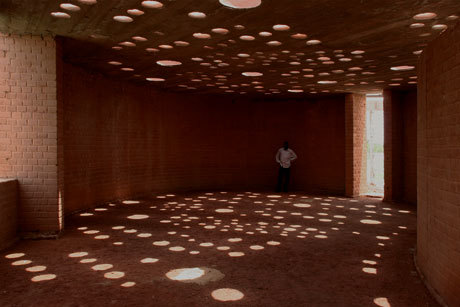 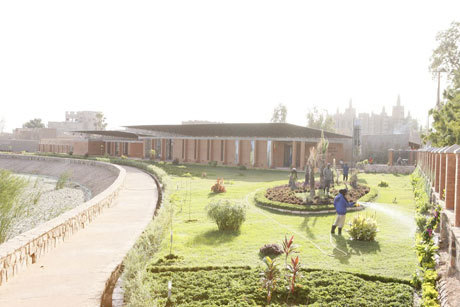 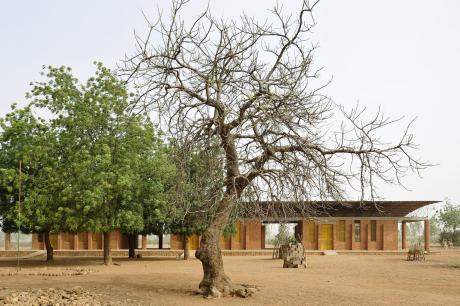